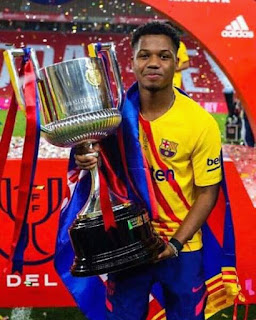 Barcalona destroy  athletico bilbao with win 4-0 after a good performance from the barcalona players such as messi and dejong, jordi alba, griezman