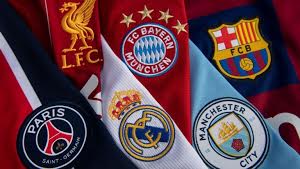 According to a report from Sky Italia, as relayed by journalist DaveOCKOP, the European Super League will start in August 2021. This means that Barcelona probably played their last Champions League game against PSG..

confirming an agreement on the new league. While the league’s president Florentino Perez claimed that it is an initiative ‘for the fans’, the real motive behind it is the economic value it will add to the giant clubs.

The official website of the new league is already live, under thesuperleague.com​, with more details about the initiative too.

Currently, most fans do not like the idea, as they see it as something completely for financial benefits, rather than the spirit of the beautiful game.

It remains to be seen how UEFA and domestic leagues will react to the situation, but their initial statements did not look the best, as FIFA has disapproved the settlement, and all the 12 participating clubs will be excluded from the Champions League and their domestic leagues for the 2021/22 season.