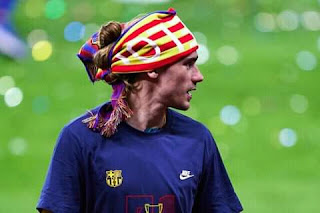 Barcelona are enter the business end of the season knowing that the fate of the LaLiga Santander title is on their hands.

After winning the Copa del Rey, confidence is sky high in the Blaugrana camp, and Ronald Koeman will be hoping that carries through for the last eight games of the season.

What appeared to be a transitional year could end up in being much more, with a possible league title to add to their cup success.

They now know that if they win their last 8 games between now and the end of the season, they will be proclaimed champions of Spain.

Barcelona have several highly demanding matches left and it will be a massive challenge to not drop points in any of them.

They are still to face leaders Atletico Madrid, as well as visit Villarreal and Valencia.